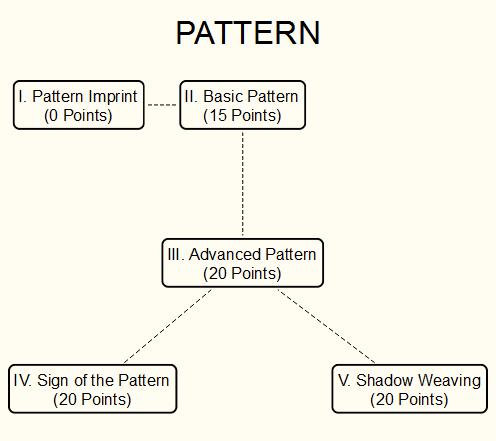 As Amberites become more experienced they further refine their abilities. Nearly any experienced Amberite will have Advanced Pattern.

The Amberite may find shadows of destiny. A shadow of destiny is simply a shadow that contains some future fate. They can be an entire shadow, or just some part of one. A bird of destiny can be found, that will find its way to someone and deliver a message. A shadow may be found that an Amberite will stumble upon in her walkings.