It was like the card didn’t want to be drawn from the deck, and when I finally managed it the image was unclear: elusive, like someone lurking in a funhouse mirror, but the caginess seemed to last only an instant, then I was able to perceive the subject of the trump. He stood in an open doorway, hands thrust into the pockets of his overcoat, scarf hanging round his neck, a tie at his throat. Snow gleamed and swirled in the night behind him and I could see it blended cunningly into the arm of a spiral galaxy in the far distance. The face was clean shaven and pale, with mocking eyes and a brow accustomed to expressions of facetious concern or wry observation. The black hair was slicked back, but I knew it could appear wild when he was exercised or impassioned.

Another flicker of obscurity seemed to cross the card, hiding his hair and part of his face… beneath a… helmet? I couldn’t quite see before it returned to normal.

His name was Kether Savalion, and I didn’t know if I dared conjure with it.

—All That Makes Us Human Continues, page 103

Some stuff to be determined.

Harking back in my blindness to the moment of my vision, I now conceived that the star which was the Star Maker, and the immanent center of all existence, had been perceived as looking down on me, his creature, from the height of his infinitude; and that when I saw him I immediately spread the poor wings of my spirit to soar up to him, only to be blinded and seared and struck down.

It was not only physical effulgence that struck me down in that supreme moment of my life. In that moment I guessed what mood it was of the infinite spirit that had in fact made the cosmos, and constantly supported it, watching its tortured growth. And it was that discovery which felled me.

For I had been confronted not by welcoming and kindly love, but by a very different spirit. And at once I knew that the Star Maker had made me not to be his bride, nor yet his treasured child, but for some other end.

It seemed to me that he gazed down on me from the height of his divinity with the aloof though passionate attention of an artist judging his finished work; calmly rejoicing in its achievement, but recognizing at last the irrevocable flaws in its initial conception, and already lusting for fresh creation.

His gaze anatomized me with calm skill, dismissing my imperfections, and absorbing for his own enrichment all the little excellence that I had won in the struggle of the ages.

Once more, but in shame and adoration, I cried out to my maker. I said, “It is enough, and far more than enough, to be the creature of so dread and lovely a spirit, whose potency is infinite, whose nature passes the comprehension even of a minded cosmos. It is enough to have been created, to have embodied for a moment the infinite and tumultuously creative spirit. It is infinitely more than enough to have been used, to have been the rough sketch for some perfected creation.”

And so there came upon me a strange peace and a strange joy.

With apologies to Olaf Stapledon. 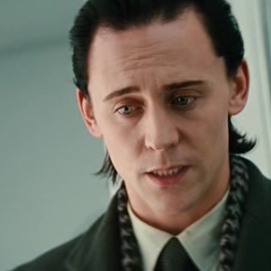